This compilation has been put together to linearly construct 'sonic spaces' we inhabit, and the moods these sounds subject us to. The omnipresent nature of sound involves us in a continuous engagement with the objective world; 'in music' we connect to the subjective self and the sonic universe that surrounds us. It is via these two perceptions that these tracks have been woven together, using field recordings and musical composition, where one suggests and leads the other.

Quiet Music (1988) is an album by the American ambient musician Steve Roach. The material on this release consists of the entirety of the cassette album Quiet Music 2 plus the first half of Quiet Music 3.


The allure is undeniable.  Six talented, attractive women breathe renewed life into the rich texts of
medieval songs and poetry.  Their hauntingly beautiful music captures the imagination and devotion of
modern audiences.  They are the Mediaeval Baebes, and in ten years they have placed
three studio albums into the top of the UK classical charts and performed before enthusiastic audiences
in the UK, United States, Canada and Europe.

Founding member Katharine Blake is also the music director and lead composer and arranger for the
band. Born in London, Katharine was classically trained at the Purcell School of Music and Richmond
College. In the mid-1990s she met musician Dorothy Carter in Berlin.  Carter was playing hurdy-gurdy
and dulcimer, and Blake was immediately drawn to the sound of the medieval music and instruments.
Back in London, she and a group of friends got together to sing songs from the Middle Ages purely for their
own enjoyment.  Within a year they had released their first album, Salva Nos, which climbed into the UK’s Classical chart, and became Virgin Classics’ fastest selling debut album.  Their 1998 follow-up album,
Worldes Bylsse, blazed to number one in the Classical Charts.

Pulling lyrics from medieval texts and setting them to original scores using medieval and classical
instruments, the Baebes offer a sound that is unique.  In a 2002 NPR interview, host John Nielsen asked
Blake what specifically drew them to the medieval texts.  Blake replied, “ I think it was one of the last periods
in Western history where mythology and history were inextricably bound.  The people lived in a world where
you thought fairies and dragons were real….that so much fantasy was hardwired into everyone’s daily
thinking intrigues me.  It’s that combination of fantasy and a very gritty, mundane existence which is a
fascinating juxtaposition.”

The Baebes sing in a variety of medieval languages including French, Spanish, English, Italian, Gaelic, and Swedish.  Their original music evokes an earlier time, but is accessible to a modern audience.  And the
medieval themes of nature, the life cycle, love and longing are as relevant in 2008 as they were in 1408.

The Baebes recent contribution to the BBC production of  The Virgin Queen (composed by Martin Phipps) resulted in a deserved Ivor Novello award 2007 for best television soundtrack.

This year the band welcomed Melpomeni, Esther, Bev Lee into the Baebes sisterhood.  Joining Katharine,
Emily and Claire, the new members diverse backgrounds and talents have propelled the Baebes into an
exciting new creative season of their career.  A new studio album is planned for 2008 and plans are
underfoot for a clothing line as well.

Combining fourteenth century poetry with the talents and sensibilities of twenty-first century women has created
its own force of nature – The Mediaeval Baebes. 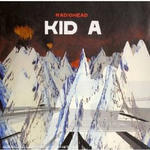 We have feeling neither like nor hate about Radiohead .
However,We think Radiohead seems  overrated band.
Have you ever heared All Radiohead radio station?
Anyway It seems Jeff Buckley could easy get crossing
line  between various elements.It sounds  mild modal  .
Radiohead tried same attempt but failed to sound modal.
especially when both compared about dealing with jazzy element.
Also about dealing with world music elements,
we like  called post-rock band like aqurium ,laibach ,saraayers,rasa,
kino,dead can dance, Amberasylum,kolsonzlgn,ofcouse Jeff Buckley ,etc
rather than Radiohead.Also about dealing with modern or experimental ,
we want no make refference ,reffer it what you want ,for example,cage,
feldman, nono,berio,etc.And then,Thier computer sound is boring for us.
we remember Oval asserts all technology music in poverty.
2009/03/02 (Mon) 未選択 Trackback(0) Comment(1)
Charles Edward